Alan John Darby (1941-2004) Consultant Histopathologist at the Robert Jones & Agnes Hunt Orthopaedic Hospital in Oswestry, Shropshire, UK. Subsequently moved to the Royal National Orthopaedic Hospital, Stanmore UK. He was an active member of the society since his election in 1993.

This prize was established by Alan's widow, Lucienne, in 2005 and is awarded for the the best case report published in Skeletal Radiology in the calendar year. 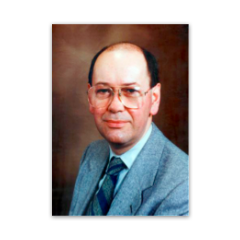